This reflection was originally posted on Linkedin 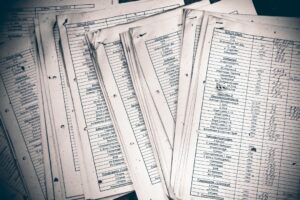 In my first reflection this summer I shared positive experiences with a certain branch of the Danish health care system; how come this is unfortunately not a universal experience? Recently other experiences have surfaced in our circle of family and friends that point in the opposite direction. Why does the same system – in this case – the health care system, produce departments with close to opposite priorities?

The experiences can be summarized in the following bullet points:

What is it that makes seemingly grown up and intelligent people persist in activities that are at best absurd and funny and at worst, deeply harmful to weak and vulnerable people, reaching Kafkaesque proportions of absurdity.

My take is that the problems are related to the system in each department, not the individuals working there, according to W. Edwards Deming:

The system that people work in and the interaction with people may account for 90 or 95 percent of performance.

By extension, then this is a problem related to leadership, those with the authority have to change the system or co-develop a better one with the people on the frontline. Almost certainly these people in leadership positions see themselves as managers of rules, regulations and systems and not leaders with a mission to help the organization create value.

It seems that it is much easier to create a set of rules and key performance indicators and follow up on their compliance, than it is to assess the outcome of our activities with the client, the customer or the patient. In many cases – and certainly in the ones mentioned above – the organization oozes hierarchy and power. The people upstairs are expected to know best, and those downstairs are expected to obey and comply. W. Edwards Deming said:

If the boss becomes the customer, who takes care of the real customer?

You either move up or you move out!

Decisions are made on strongly filtered information, as only those bits that people think will please the boss are relayed upwards. People don’t want to lose their jobs or be penalized, so they take a back seat, shut up and follow procedures – or leave. Many have never seen anything else and hence cannot imagine that it could be changed. Brigette Hyacinth has this to say about it:

The biggest concern for any organization should be when their most passionate people become quiet. Read more here…

What to do about this huge difference between the results of one team or department versus another? It is of course not just a problem in the healthcare system or even the public sector; many large corporations display similar traits, especially in the accounting or so-called customer service departments.

Leadership has to allow a change in the system of how work is managed, decisions made and feedback handled. Which means abolishing the traditional upstairs, downstairs thinking with hierarchical management and instead, institute leadership and retraining or replacing people in places of authority. Stanley MacChrystal said about the huge difference in effectiveness of the battalions of his 82nd Airborne Division:

“Switch just two people – the battalion commander and command sergeant major – from the best battalion with those of the worst, and within ninety days the relative effectiveness of the battalions will have switched as well,”

He also said about his own role in changing leadership style in the face of complex opposition in Iraq, that he had – at the ripe age of 50 – to change from being a chess master to a gardener:

The temptation to lead as a chess master, controlling each move of the organization, must give way to an approach as a gardener, enabling rather than directing. A gardening approach to leadership is anything but passive. The leader acts as an “Eyes-On, Hands-Off” enabler who creates and maintains an ecosystem in which the organization operates

How do you think of leadership?

In the end it boils to the simple premise: do I see my fellow human beings – employees, customers and colleagues – as objects of exploitation or as fellow travelers on life’s path, to be served and built up to their maximum potential.

I would encourage you to read Stanley McChrystal’s book “My Share of the Task”, it says a lot about leadership. Together with a group of agile and Scrum trainers and coaches we have created the framework Agile Lean Leadership for scaling Scrum from a single team out in the whole organization, the framework provides sensible constraints on how to have teams work together and checks and balances to ensure that any tendencies to go for amassing power or building unnecessary bureaucracies can be caught in their embryonic stages – small vipers are easier dealt with than the big ones. Let us help you implement this.